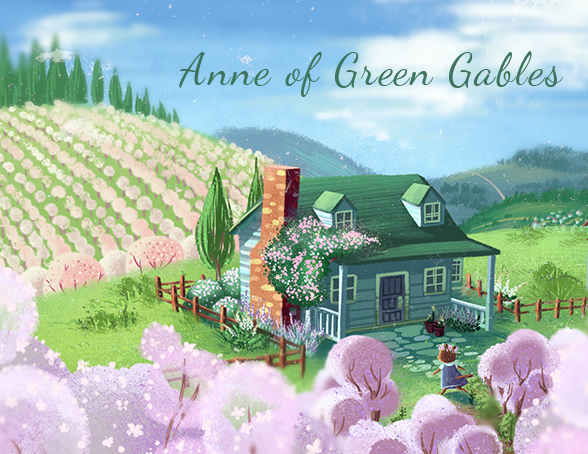 Green Gables is the home of lovable Matthew Cuthbert and his stern sister, Marilla. They agree to adopt a boy to help with the farm work. Imagine their consternation when Anne Shirley, a girl in her teens, is sent by the orphanage by mistake! Anne touches Matthew's heart with her vivid imagination and her charitable viewpoint, but it takes time to reach the tender heart beneath Marilla's hard exterior. Then there is young Josie Pye, a lad named Moody Spurgeon, and Matthew, Anne's kindred spirit. This lovely classic is full of warmth and wit.