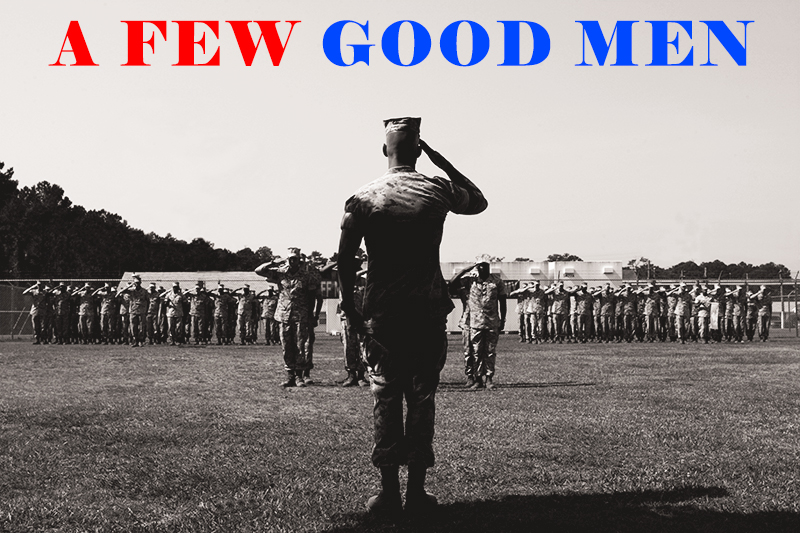 This Broadway hit about the trial of two Marines for complicity in the death of a fellow Marine at Guantanamo Bay sizzles on stage. The Navy lawyer, a callow young man more interested in softball games than the case, expects a plea bargain and a cover-up of what really happened. Prodded by a female member of his defense team, the lawyer eventually makes a valiant effort to defend his clients and, in so doing, puts the military mentality and the Marine code of honor on trial.

A Few Good Men is written by Alan Sorkin and published by Samuel French.

Performances will be November 2-3, and 9-10 at 7:30, with matinees at 2 pm November 4 and 11. We will have a special performances honoring our veterans on November 1 at 7:30. Veterans will attend free of charge that evening. To all veterans who plan on attending our special veterans performance of A Few Good Men on Thursday November 1st, the code you use to get your free ticket online is “AFGM2018". This will allow only 1 ticket when using this code in the transaction.

Congratulations to the cast of A Few Good Men!