In 1962, Red Mask learned that the congregation of Immanuel Presbyterian Church wanted to sell the edifice at 601 N. Vermilion and the minister's residence behind it on Davis Street.

We took an option, and the church people, with great Christian charity, let us move in. To say that there was a lot of work to do getting the building ready would be an understatement. The pulpit was removed and a stage of sorts was built. The audience sat in the old-fashioned wooden pews and thought the stained glass windows added to the charm of the theater so recently a church.

The Second National Bank (now First Midwest Bank/Danville) was a major benefactor, largely because of the interest of J. Harold Oberwortmann, an officer. Red Mask was able to obtain a 10-year mortgage at 4 per cent interest! Those indeed were the good old days.

The Fischer Theater, through its manager, Julius Connelly, donated seats which it was replacing, enabling us to remove the pews. The residence was torn down and the late Paul Millikin, our good neighbor to the north, put in a parking lot.

Many other improvements have added to the theater's value in the past 20-plus years, such as a new roof, new heating-air conditioning system, new seats, lowered ceiling, new lighting, etc.

But none are more visible and more instrumental in raising the public consciousness of Red Mask than the sign in front, noting our founding date, and the modern lighted marquee which designates "Kathryn Randolph Theater." 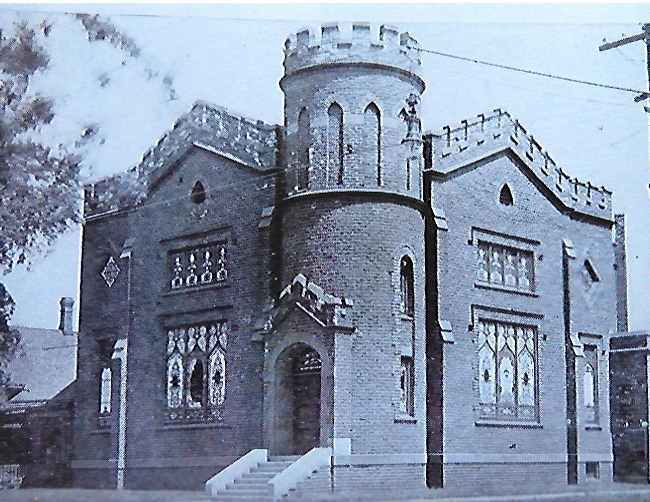