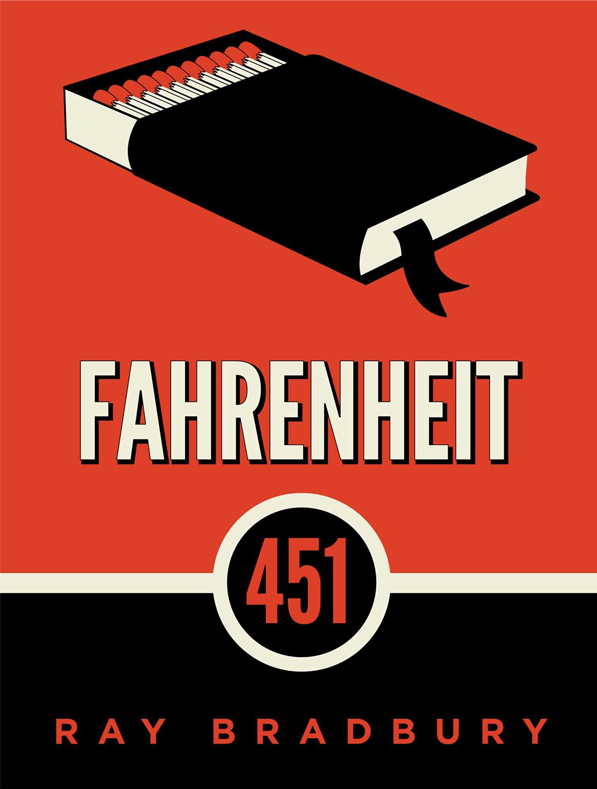 Fahrenheit 451 is the temperature at which paper ignites. With simple sets and uncomplicated staging, this powerful drama is about the inner struggle of Guy Montag, a fireman. Montag has worked as a civil servant for ten years burning books, but lately he has become increasingly unsure about what he is doing and about his vegetable-like existence. It is not until he meets 16-year-old Clarisse, who is filled with strange ideas, that he is led into a dangerous and highly combustible situation. Now he must choose between continuing his nonexistent existence and risking everything for the right to think.

Based on the book, Fahrenheit 451 by Ray Bradbury, and adapted for the stage by the author. It is published by Dramatic Publishing.

Guy Montag -  A third-generation fireman who suddenly realizes the emptiness of his life and starts to search for meaning in the books he is supposed to be burning. Though he is sometimes rash and has a hard time thinking for himself, he is determined to break free from the oppression of ignorance. He quickly forms unusually strong attachments with anyone who seems receptive to true friendship. His biggest regret in life is not having a better relationship with his wife.

Mildred Montag -  Montag’s brittle, sickly looking wife. She is obsessed with watching television and refuses to engage in frank conversation with her husband about their marriage or her feelings. Her suicide attempt, which she refuses even to acknowledge, clearly indicates that she harbors a great deal of pain. Small-minded and childish, Mildred does not understand her husband and apparently has no desire to do so.

Professor Faber -  A retired English professor who still possesses a few precious books and aches to have more. He readily admits that the current state of society is due to the cowardice of people like himself, who would not speak out against book burning when they still could have stopped it. He berates himself for being a coward, but he shows himself capable of acts that require great courage and place him in considerable danger.

Clarisse McClellan -  A beautiful teen girl who introduces Montag to the world’s potential for beauty and meaning with her gentle innocence and curiosity. She is an outcast from society because of her odd habits, which include hiking, playing with flowers, and asking questions, but she and her (equally odd) family seem genuinely happy with themselves and each other.

Granger -  The leader of the “Book People,” the group of hobo intellectuals Montag finds in the country. Granger is intelligent, patient, and confident in the strength of the human spirit. He is committed to preserving literature through the current Dark Age.